This is a multi award-winning flavour. It was awarded three gold stars in the prestigious Great Taste Awards. It was also deemed the Best Ice Cream in the whole of the South West in the annual Taste of the West Awards 2013. And in 2015 it won the Dairy category in the Great British Food magazine Farm Produce Awards.

We have been creating real dairy ice cream on our West Country family farm for 30 years.  Absolutely everything involved in making our ice cream take place here on the farm – we like to use the phrase ‘from cow to cone’ to describe this process.

If you suffer from any allergy or intolerance, please contact our management team by e-mail: hello@filletandbone.co.uk or by phone: 01386 849093 to discuss this before ordering. 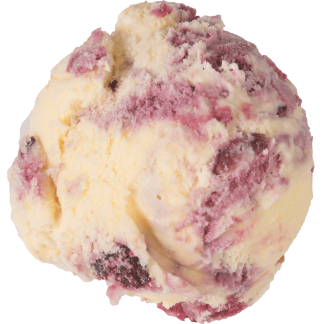